Reuben’s Brews will donate $1 for every pint sold in its Taproom from 12-9 p.m. on Thursday, September 17. Reuben’s will also donate $1 for items sold in its Online Store on that day. See all the details in our Thank You Thursday event blog post or BHS Facebook page.

10/5/19. For our second annual Tweed Ride, people brought out their bikes and sported tweed outfits for a lovely fall ride from the Ballard Bell Tower to Golden Gardens.

6/23/19. Our home tour is BHS’ most vital fundraiser. The 2019 tour allowed visitors to take a step back in time as they stepped inside Ballard’s classic, original houses. See more about the Ballard Classic Home Tour.

3/29/19. Thank you to Richard Miller for presenting the history and restoration of the oldest wooden tug in Seattle. The Arthur Foss is available for the public’s enjoyment on South Lake Union. Our venue was partner Sunset Hill Neighborhood Center. See the 2017 Seattle Times article about Arthur Foss restoration.

2018 was our 30th Pearl anniversary. We held the following events to celebrate.

12/12/18: Ballard Historical Society and Sunset Hill Neighborhood Association proudly co-sponsored the return of Paul Dorpat and Jean Sherrard.
Their coffee table book, Seattle Now and Then: The Historic Hundred, showcased the most compelling and essential photo-history columns that appeared in The Seattle Times since 1982. Our annual meeting of members preceded the presentation.

8/16/18: Community dinner at Hattie’s Hat. 6 pm-10 pm. The local restaurant generously donated a portion of proceeds to BHS. Local artist Matt Bazemore spoke about his art, and we all enjoyed live-music with Low Bar Ramblers.

5/17/18: The community checked out the “80s Ladies” at this years’ Syttende Mai Parade. We were decked out in jewel-toned “Eighties Ladies” to celebrate our 1988 inception!

4/20/18: Seattle-themed movie night. We presented the 1985 film Twice in a Lifetime and enjoyed  Mike’s Chili Parlor chili. Part of our Cheers to 30 Years celebration. 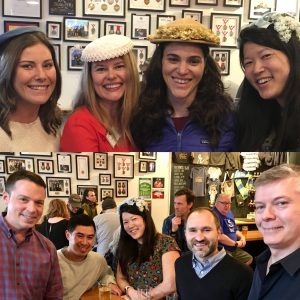 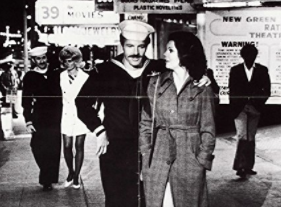 Movies Filmed in Seattle and Ballard

Ballard Historical Society, in conjunction with Sunset Hill Community Association, presents the film series Movies Filmed in Seattle and Ballard. In November 2017, we began to highlight films made from the 1960s through the 1980s. Our first film was Cinderella Liberty (1972). More info about Cinderella Liberty at IMDB.

Thanks for the beer from our friends at Reuben’s Brews 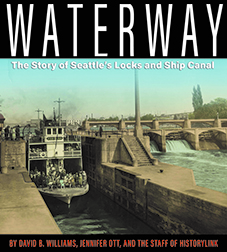 What role has the Lake Washington Ship Canal played over the past century? What drove civic leaders to plan a waterway in a city already surrounded by water?  We learned from author David B. Williams in April 2017 at Sunset Hill Community Association. It was a great event for those who interested in Seattle history and the economic and environmental effects of man-made changes in our region.

David B. Williams, presenter and author of Waterway. See his Web site at  www.geologywriter.com. Published by HistoryLink. (Other authors include Jennifer Ott and the staff of HistoryLink).

In November 2016, artist Benson Shaw showed us how to preserve the blue-and-white street name tiles you see embedded in Ballard’s streets. Shaw specializes in public art and historic restoration. Shaw led us along the journey from Ballard’s earth paths to wood planks to cement streets. The blue marker tiles harken back to Ballard’s older street names. Benson’s work is sponsored by 4Culture Preservation Special Projects. Learn more about Benson Shaw.

Drink Up! for Ballard Historical Society 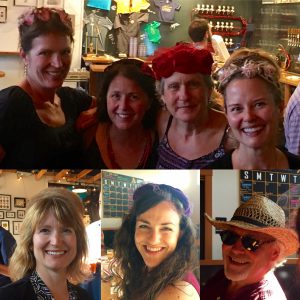 Reuben’s Brews pitched in to help Ballard Historical Society in August 2016. A brew purchased anytime from 3:00 to close benefited BHS’ efforts to preserve and celebrate Ballard’s history. This is the year we completed a grant to survey all of Ballard’s buildings within the mapping area, and we staged a successful classic house tour.


On Sunday, June 26, tour-goers enjoyed eight vintage houses built between 1892-1934. These well-maintained homes drew us back to an era of solid craftsmanship, beauty, and style. While we admired their beauty, we also saw how necessary updates could be integrated while still embracing the scale and construction period.